“Now and Then” At The Hole

We talk to artist, director, and gallerist Aaron Rose about the show and the history behind it. 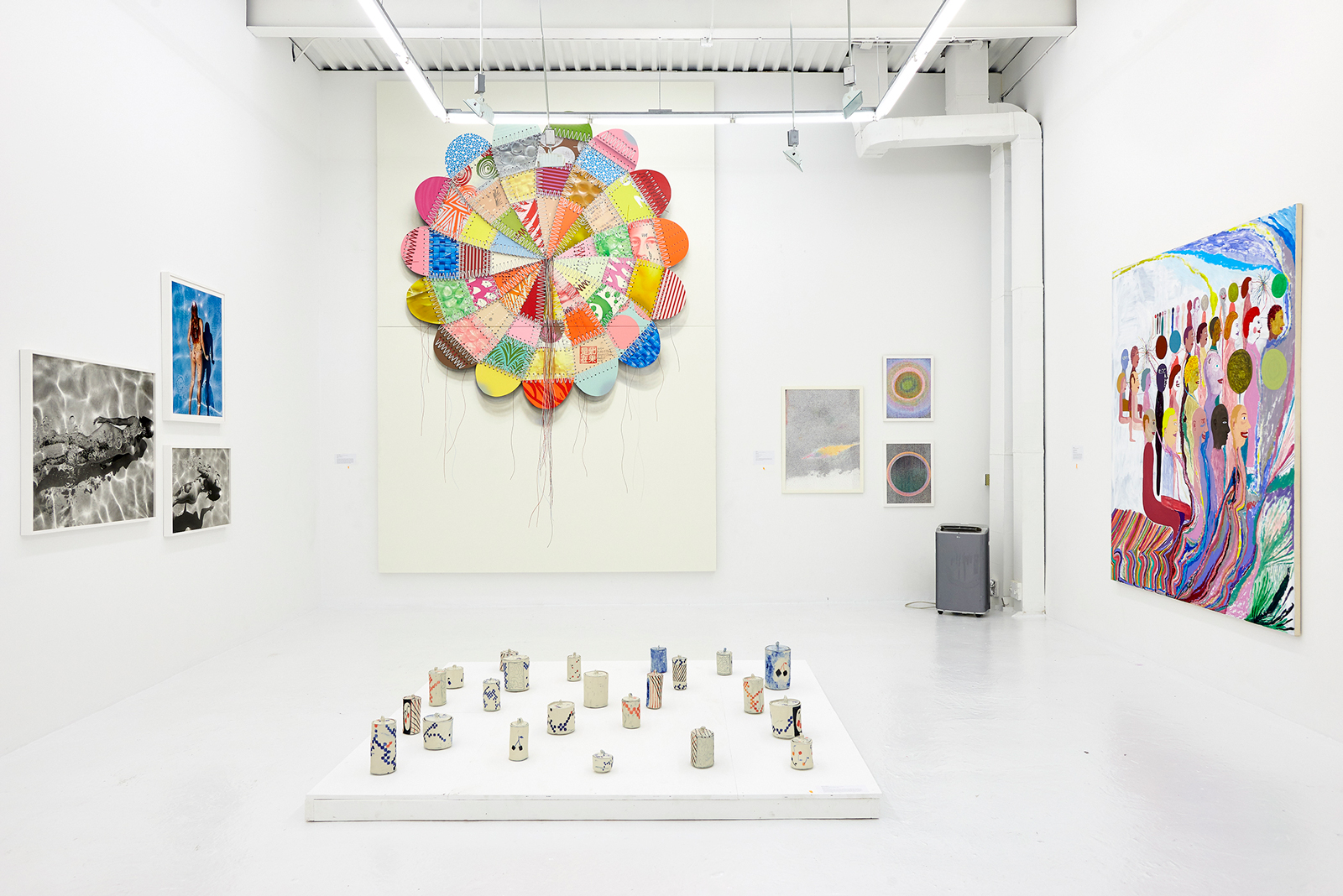 All Images Courtesy of The Hole & Aaron Rose

Aaron Rose was both one of the parties responsible for Alleged Gallery and the director of Beautiful Losers, a documentary that captures the life and times of the artists involved in the gallery. Now, with many years between both projects and plenty of new projects under his belt, Rose returns to the subject with the show “Now and Then” at The Hole. We caught up with him to find out what it was like revisiting that world so many years later. 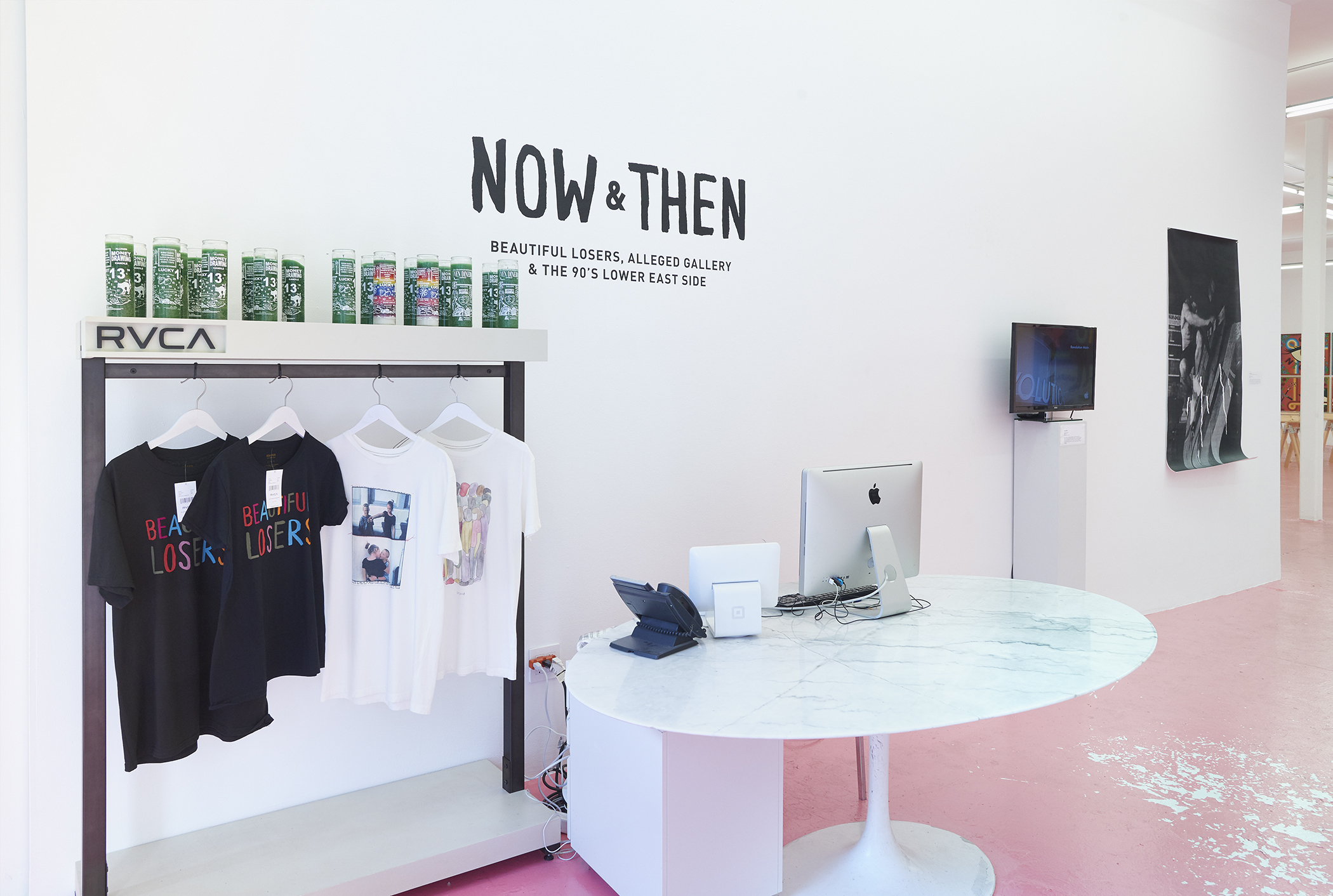 What was experience like of revisiting Beautiful Losers and Alleged Gallery so many years later?

It has been a pretty emotional experience actually! You know you do things when you’re young, and you have an idea that those activities have had some kind of cultural effect. Yet, as you grow you move on to other personal and creative pursuits and those early years tend to slide into the background of your life. Doing this project, both the exhibition at The Hole and also releasing all of the uncut interviews from the film through our new project Raw Footage Film Archive (www.rawfootagefilmarchive.com) has been almost a reeducation of my own history. It has been absolutely wonderful to catch up with everyone again, and the artists have been so generous about providing works, and that’s been really heart warming. However, seeing so many people from back then has reminded me that my memories of that time are not the complete story. It’s been both inspiring and jarring hearing from everyone again just how crazy those times were.

As a follow up: When you made Beautiful Losers in the late 2000s, it was also a way of revisiting Alleged. How is returning to this world a second time in 2018 different from the experience in 2008?

When we were filming Beautiful Losers in 2005, my main goal was just to record for posterity. It was important to us to get interviews with all these artists and cultural figures while everyone was young, as I really hate documentaries where it’s a bunch of old people talking about “back in the day”. When we made Beautiful Losers, we weren’t that far away from the Alleged scene. The gallery closed in 2001, so we were in fact almost documenting a movement in almost real time. Now, in 2018, it’s a different story. Though everybody still keeps in touch, for the most part people have moved on with their lives. The Beautiful Losers crew, including myself, are in different places and phases of their creative careers. If I was asked to make Beautiful Losers today I would most certainly decline. It would be impossible to make that film today. The projects we are doing around this anniversary are really a celebration of a time that has passed, not some sort of exercise in reliving the past.

The title of the show — “Now and Then” — suggests that more than being a retrospective there is some focus on the “now,” and so many of the artists — including yourself — are still in the midst of their careers. Did you approach the show as a retrospective or as an exhibition of contemporary artists?

The show really created itself. My initial idea was to make the exhibition more of a survey of works that were created in the 1990’s, and we did end up showing a good amount of that. But after talking to the artists, they really wanted it to be a lesson in how an artist can grow. It became important to make a statement about that. So I really left it up to the artists to exhibit the work that they felt best represented themselves in this context. That provided some challenges as in some cases I didn’t know what we were showing up until a few days before the opening, but that’s kind of fun. That’s how we did it back then so why should it change? 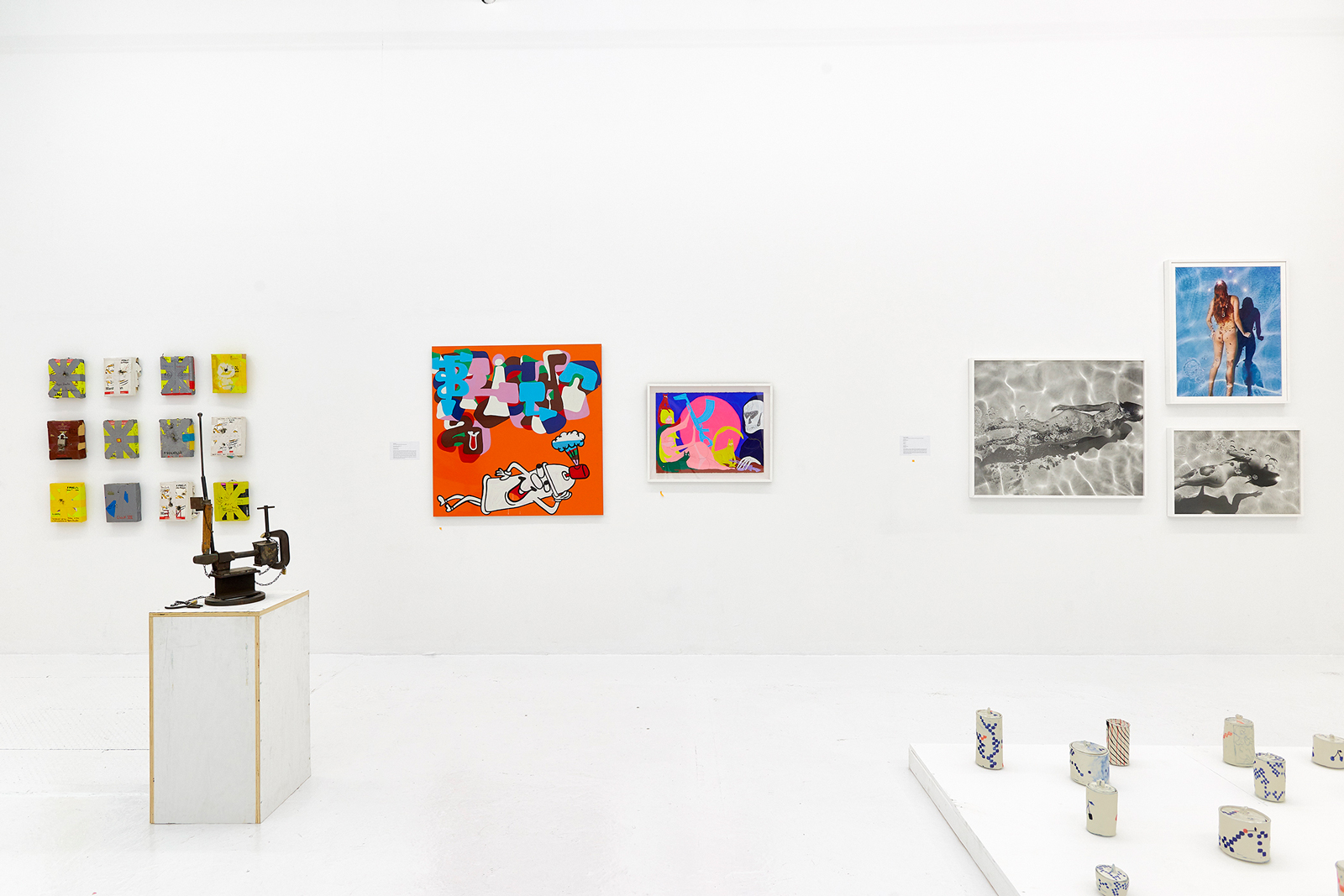 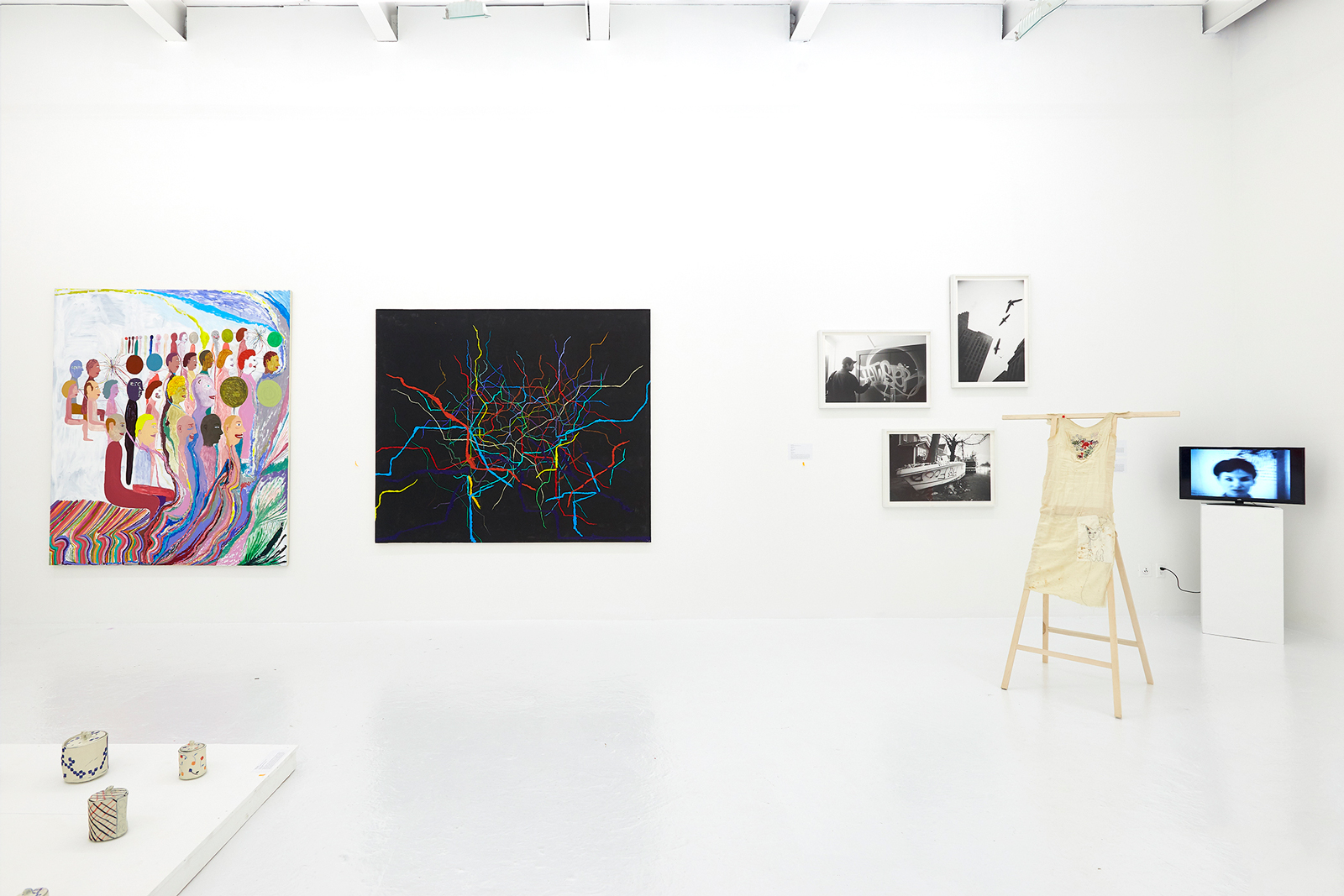 It’s been both inspiring and jarring hearing from everyone again just how crazy those times were. 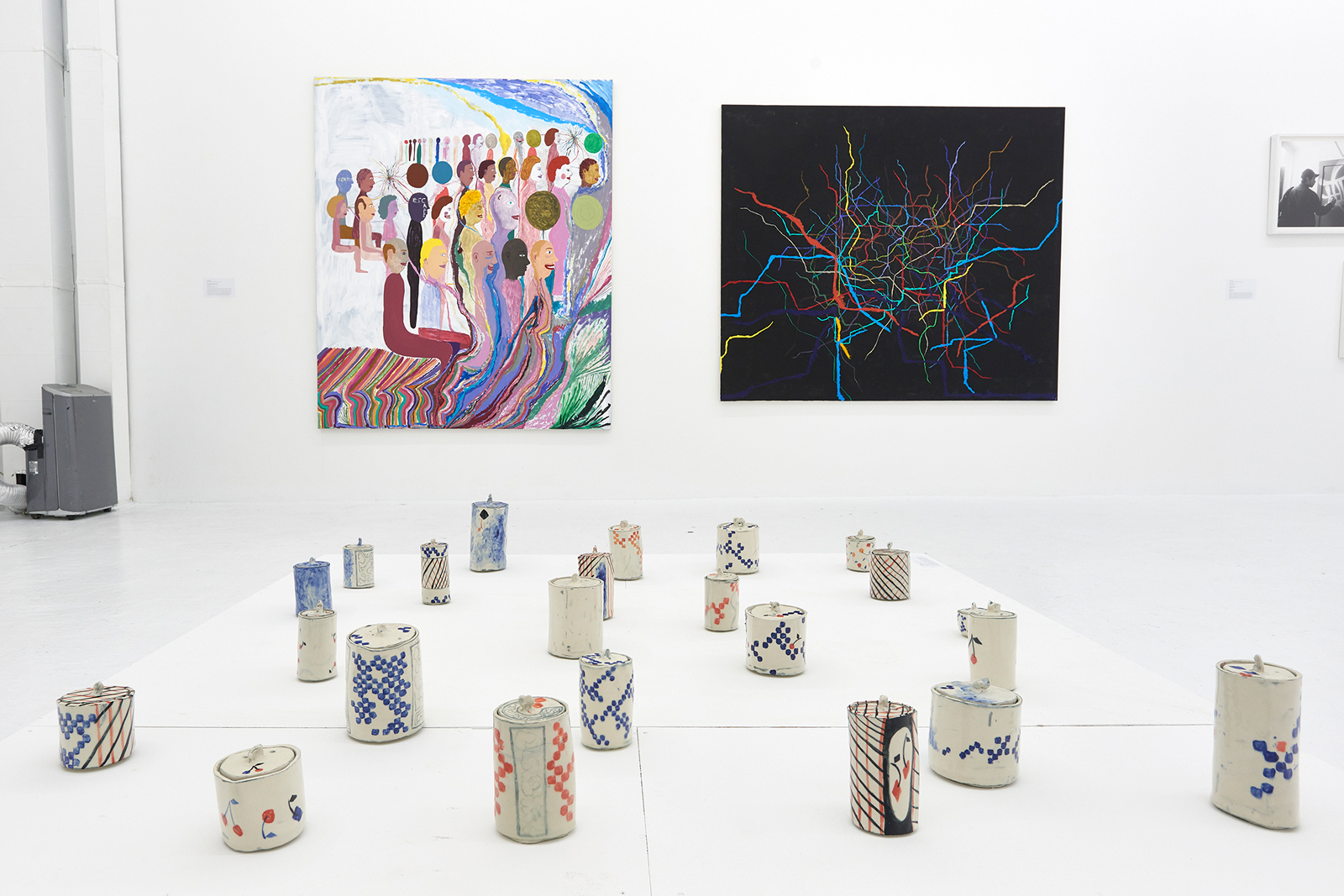 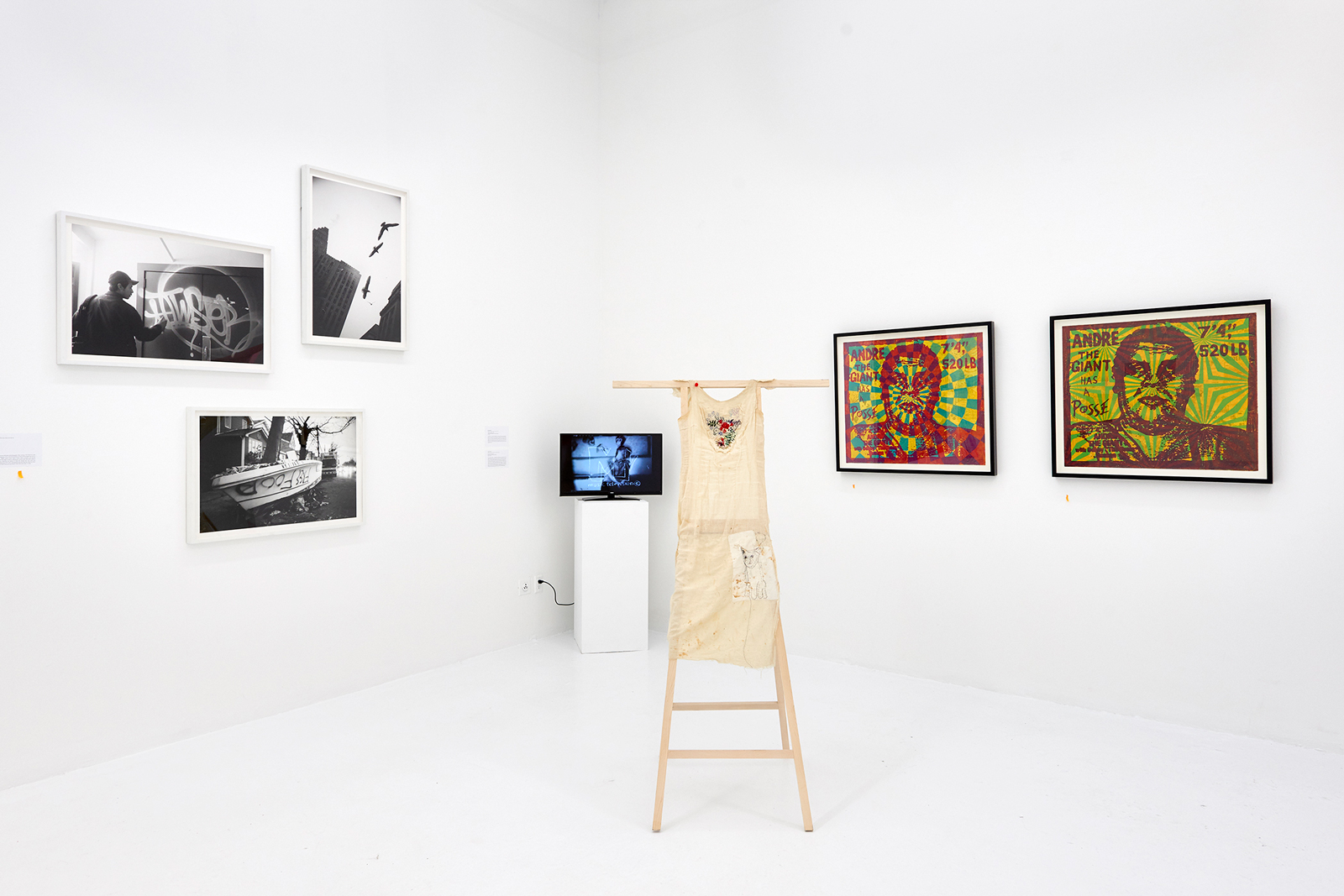 What’s your take on the changes the city has gone through in the 21st century? Do you think a gallery similar to yours could be feasible in New York in 2018, or — more broadly — is any sort of DIY initiative still possible in the New York of today?

I find it really hard to believe that anything like Alleged could happen in Manhattan. When we moved into Ludlow Street in 1992, we had a 2,000 square foot storefront for $400/month. Granted it was a horrible street, with drugs and shootouts on a daily basis, but still it was a price we could make happen. For the first few years, the only people who came to the gallery were kids. No art collectors would come to that place. It was far too crazy and dangerous. Because of that we were able to incubate without public scrutiny, and that’s why the art got better. That said, there are similar projects still going on in New York, but it’s all happening outside the city. There will always be an 18 year old kid with a dream coming to New York. The locations may change, but the DIY spirit will always be there.

This show benefits Red Hook Labs. Can you tell us a little about what Red Hook Labs is and how you became involved with them?

My old assistant at Alleged and good friend, Athena Curry, has been working with Red Hook Labs for a few years. Art education, especially for young people has always been important to me. When I went to art school, there was no talk of any of the art I loved. The schools were (and still are in some ways) totally focused on the academic, and ten to ignore work coming out of the counter-culture. I’ve always found that ironic as the most important art movements of the last century have come out of the underground. Yet, most academics have a hard time admitting that! Anyway, I want to make sure that young artists have access to all kinds of art when they’re educating themselves and Red Hook Labs are providing that service in a truly revolutionary way. It’s been a complete honor to work with them. 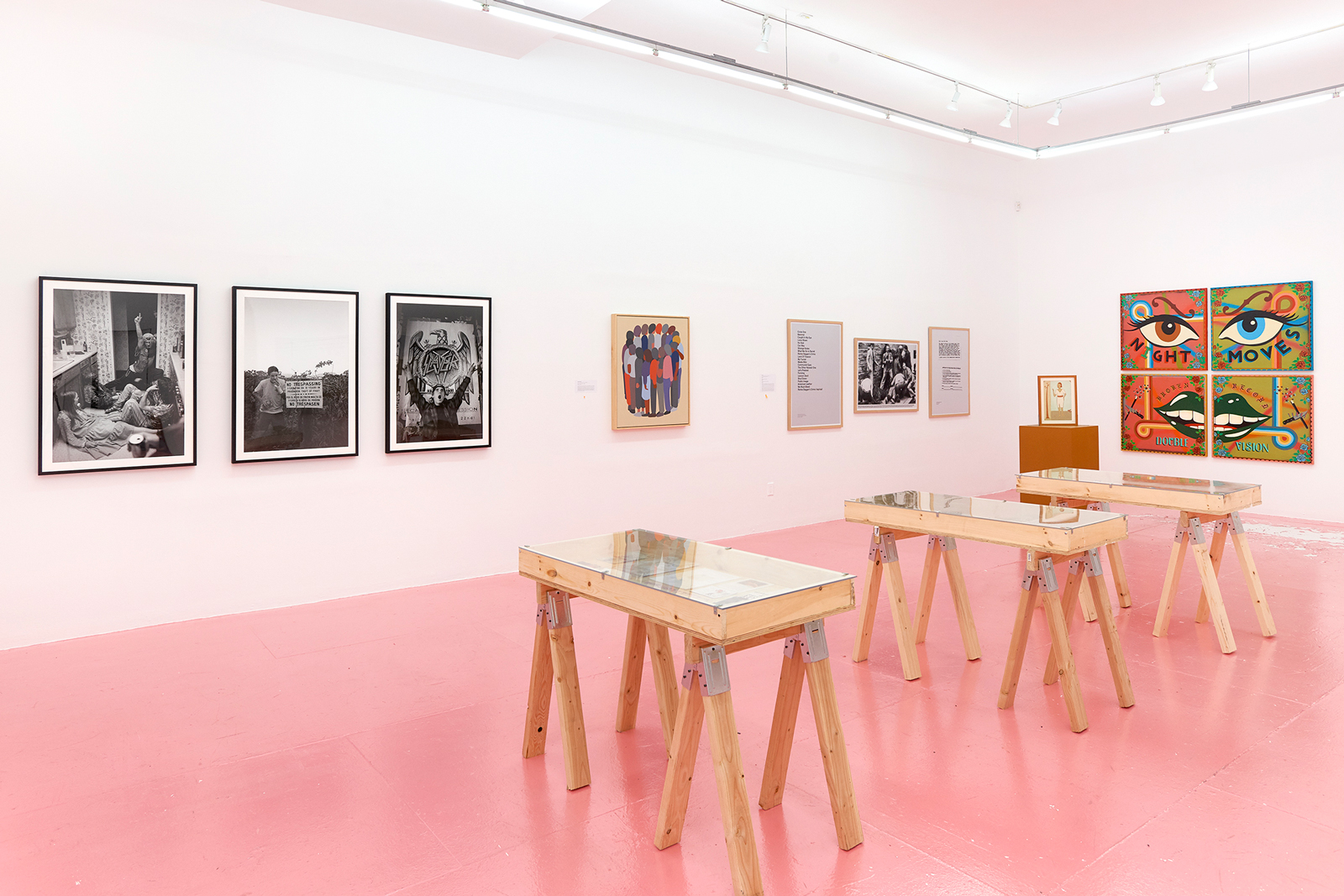 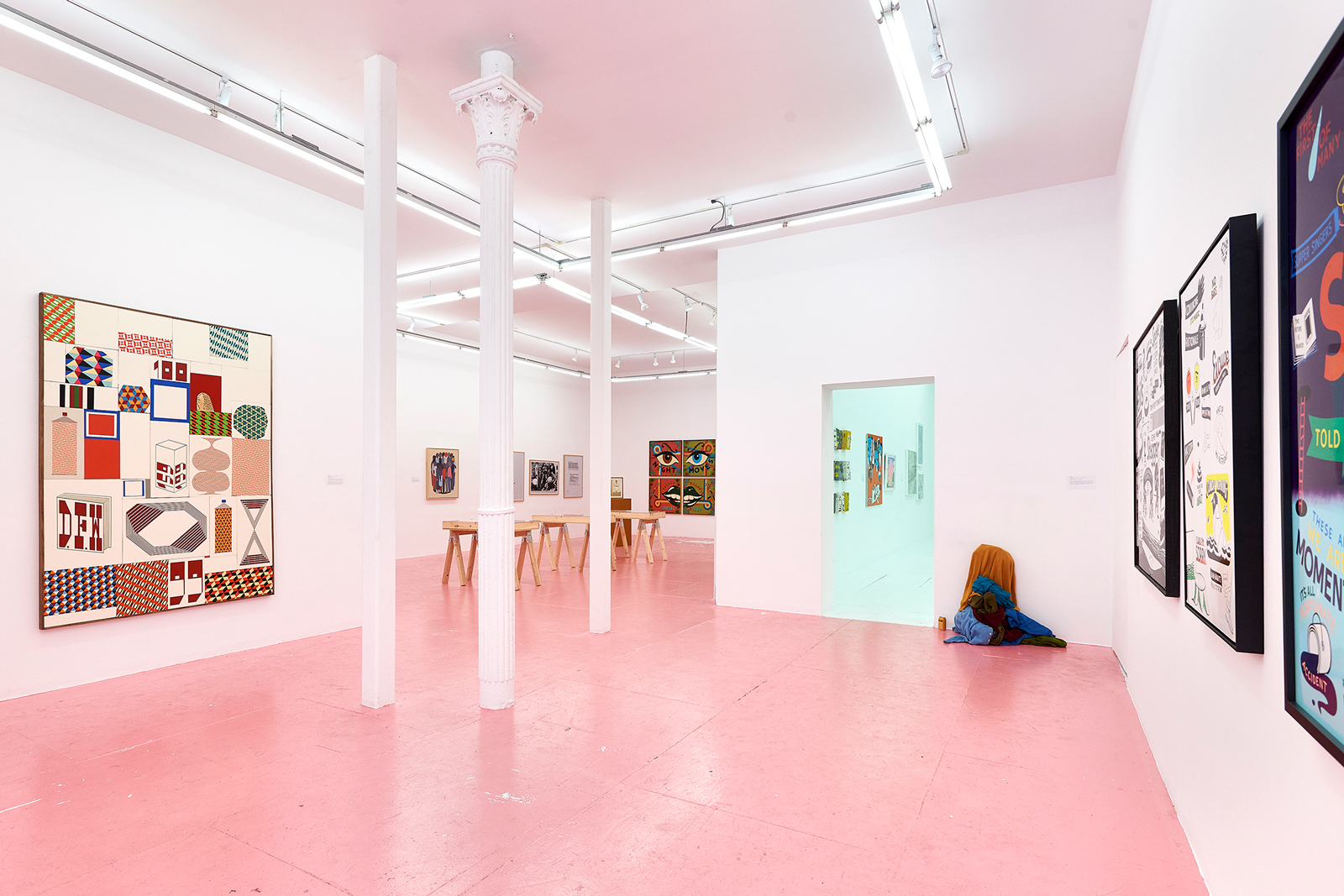 For the first few years, the only people who came to the gallery were kids. No art collectors would come to that place. It was far too crazy and dangerous. Because of that we were able to incubate without public scrutiny, and that’s why the art got better. 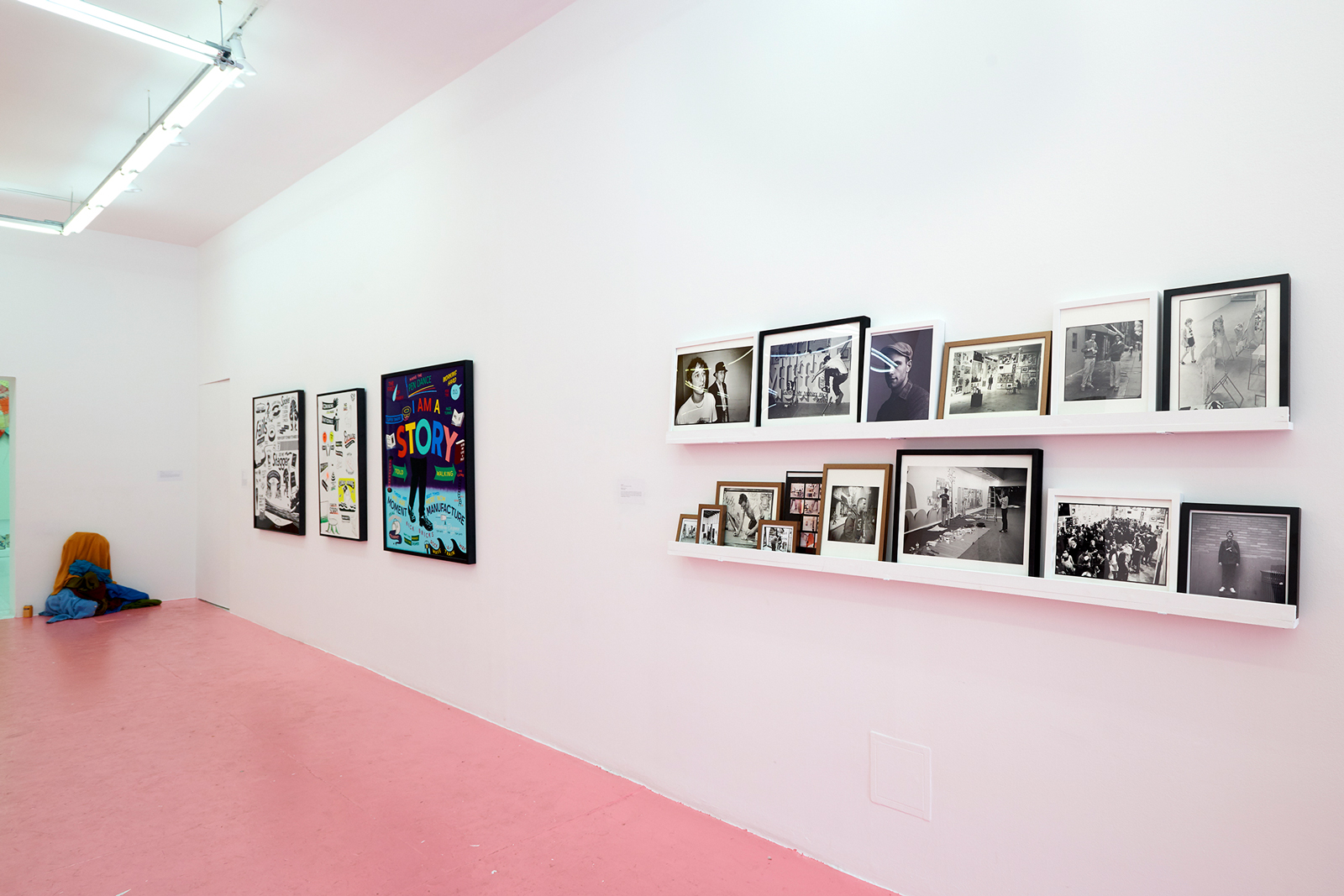 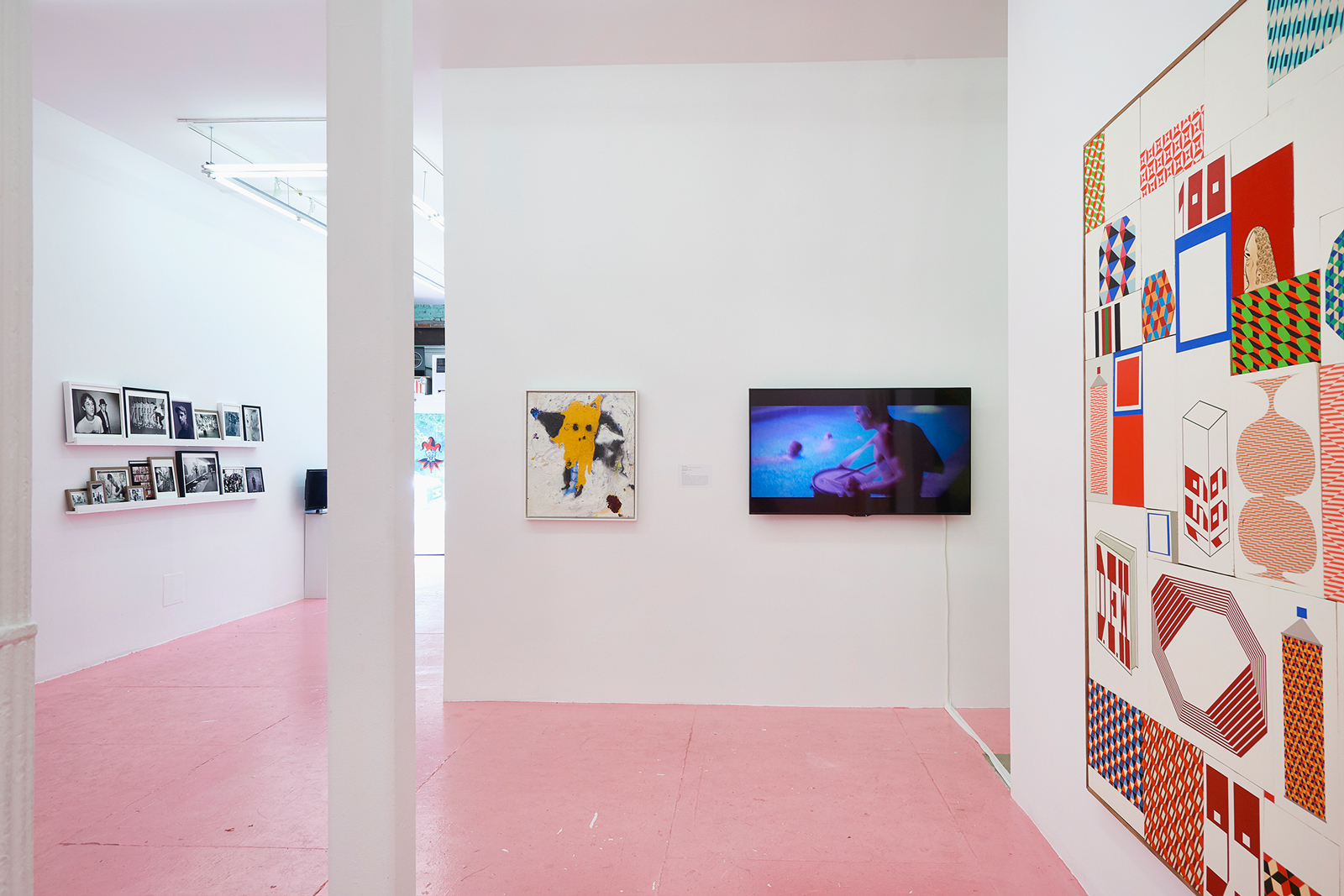 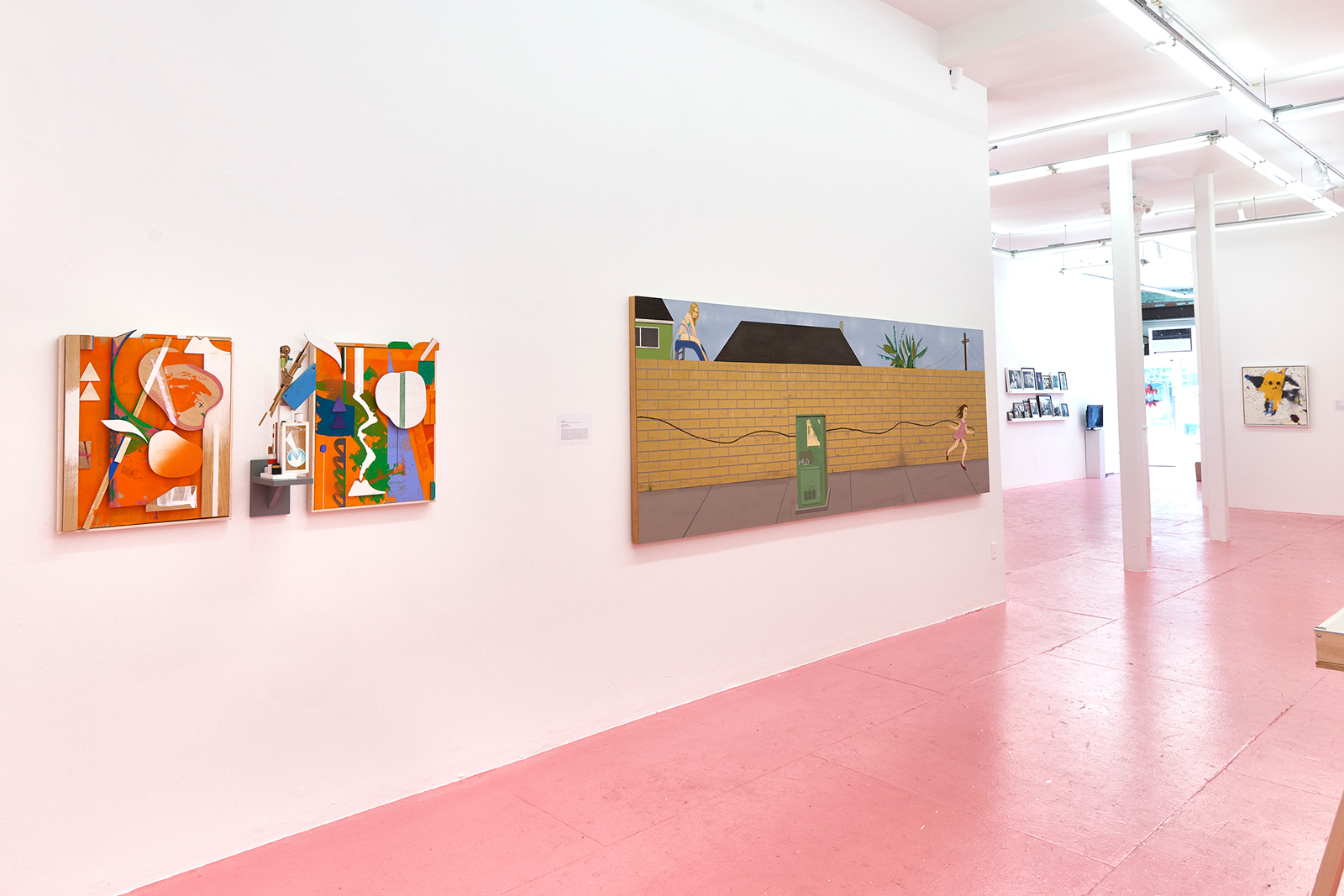