The Debut Of Tierra Del Fuego

We sit down with Elizabeth Hart and Iván Diaz Mathé to hear about the new band. 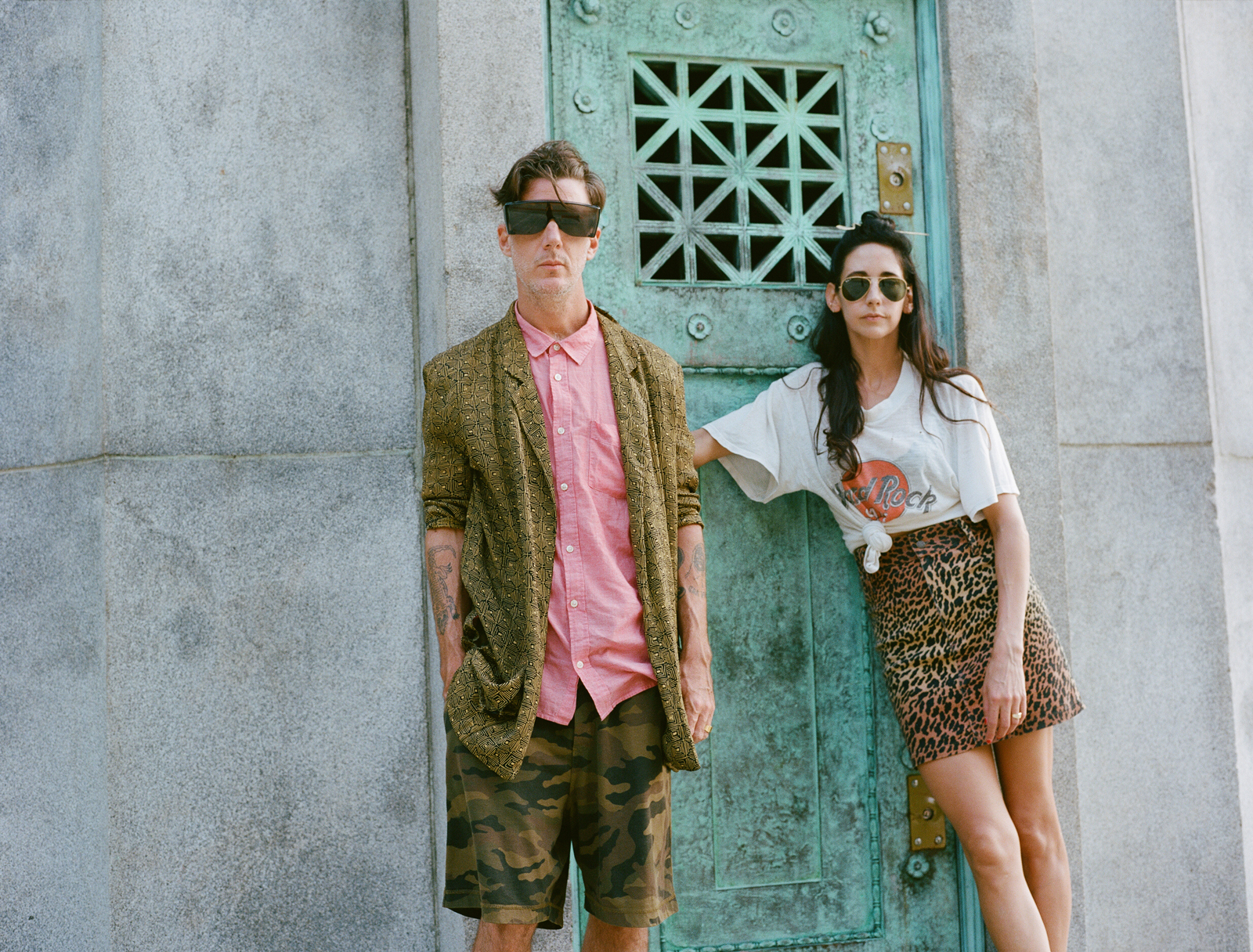 You should definitely go see Tierra Del Fuego play live the next chance that arises. As performers, as musicians, as two people who generally know about music, they know what they’re doing. When bands are brimming with youthful exuberance, they will play shows over and over again and keep asking you to come out to see them run through the same set of songs. And if they’re your friends, and you’re going to see them, the songs are probably pretty good, but the same eight songs every other weekend…That’s not what Tierra Del Fuego has in mind. They know how to entertain. And they have very cleverly only dazzled us with their releases of cover songs so far — their cover of Suicide’s “Surrender” is what first drew us in; they save the original songs for their live shows, keeping things fresh. 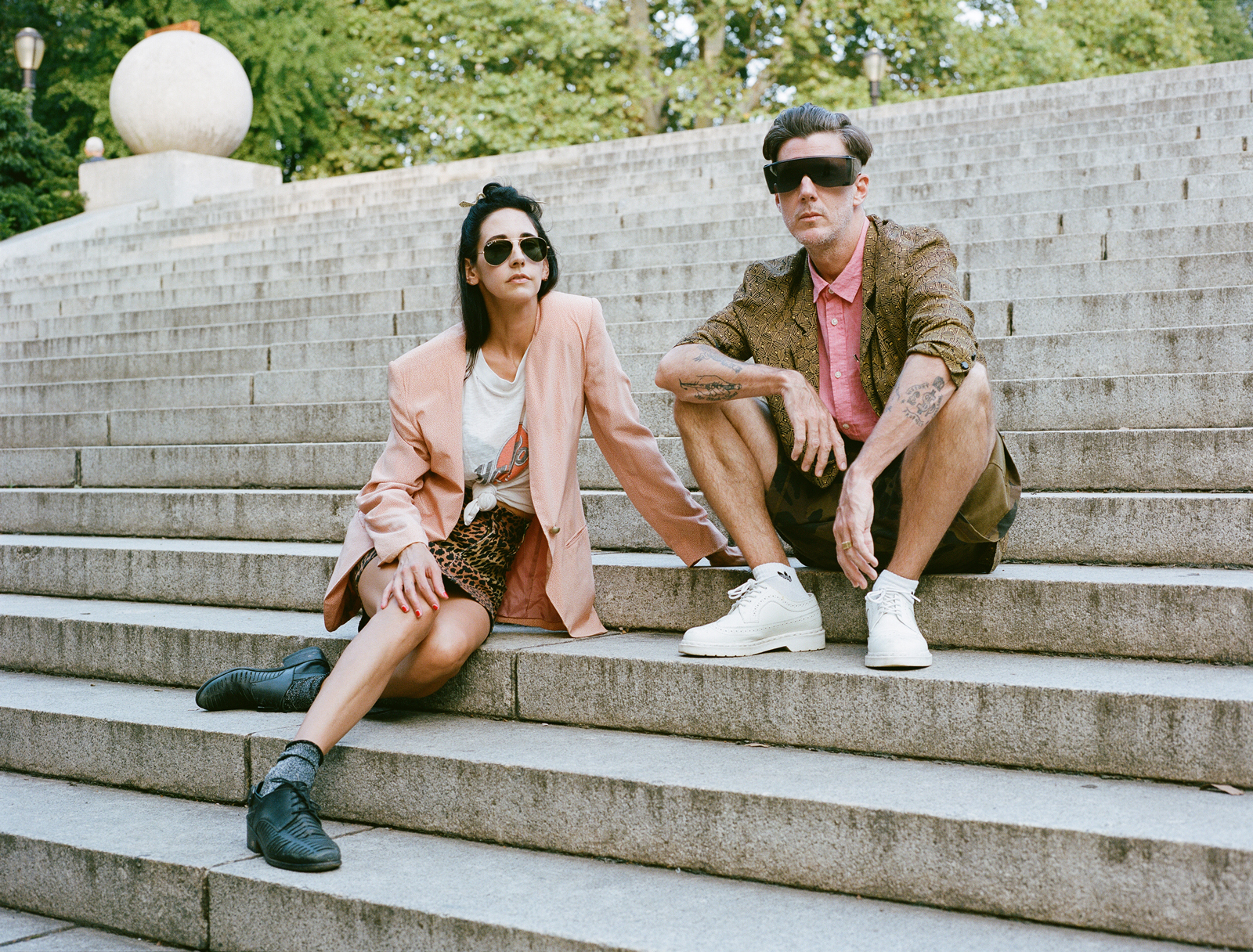 This approach of keeping things fresh for both the audience and themselves reflects the music veteran sensibilities of both members. Both band members — the newly married Elizabeth Hart and Iván Diaz Mathé — have been and are currently involved in other projects. Hart still records and tours with her band Psychic Ills, and Mathé runs the Crang Records record label, does dub work in the band Nairobi (when they’re not on hiatus), and plays harmonica. Mathé produces music, and, he explains, “Being a producer I understand what kind of set produces a certain atmosphere.” With Tierra del Fuego, the atmosphere they are going for is a finely tuned balance of chill and dance. Although, part of the reason they are not releasing their original songs yet is because they are still in the process of figuring out the contours of that atmosphere. Mathe explains, “We have recorded 20 songs, but we want to release covers to show something and connect with people while we’re trying to decide what we are. You express yourself and then you edit.” When pressed about what sort of sound their settling on, Mathé says “Billy Idol” to which Hart interjects, “I’m not really sure about that.”

Despite the Billy Idol discrepancy, it will be obvious to anyone listening to their “Surrender” cover that they both are in accord in terms of the music. Their original songs and live performances follow a similar structure to what you hear in the covers. As Mathé puts it, “We are a really song oriented band, structure-wise, arrangement-wise. We’re not into psychedelics in that way.” These songs initially came together when the couple was living on separate continents as Hart explains, “Initially he would send a drum beat and I would play bass, and then I’d send it back to him, so we started it that way. But it was only a short period of time. Once we came back in town, we started really working on last summer. And we worked on it further when I went to Argentina in January.” Now that they’re married and have are able to focus on Tierra del Fuego easily, all the work they’d already put into it seems to have paid off, as they’ve been able to debut closer to fully formed. This slow process leading up to their live shows seems to reflect Mathé’s point that “You have to shed one or two skins before you become the band you’re supposed to be.” 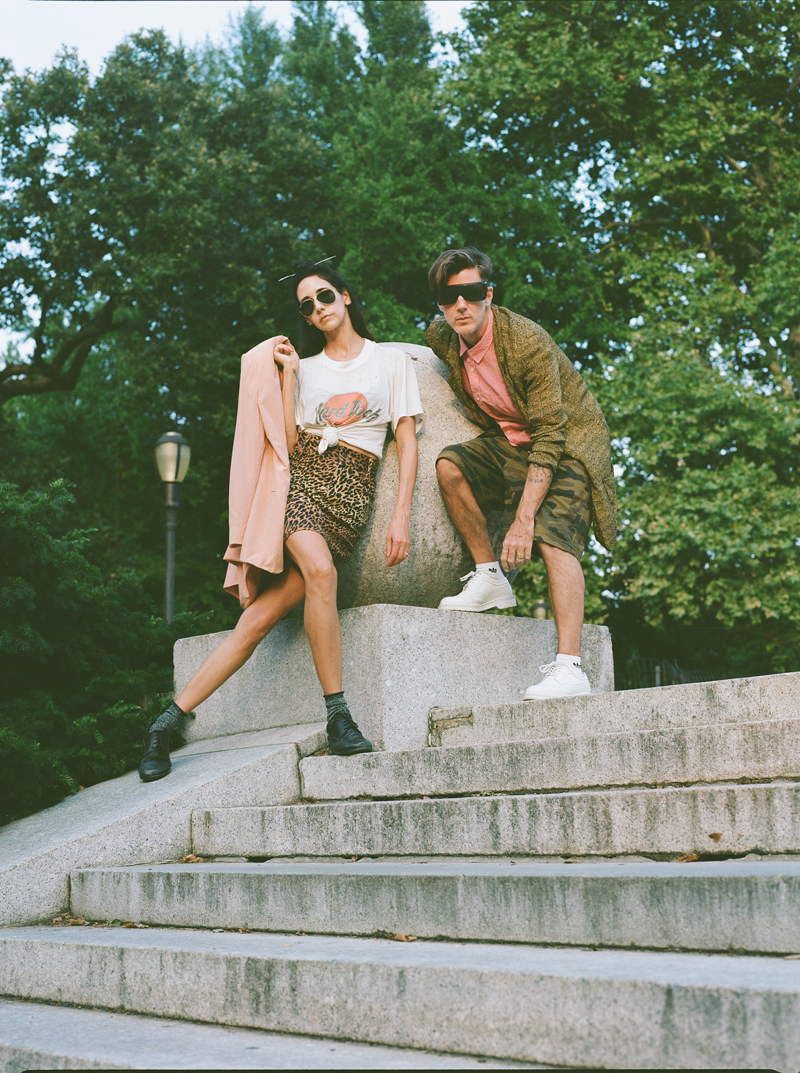 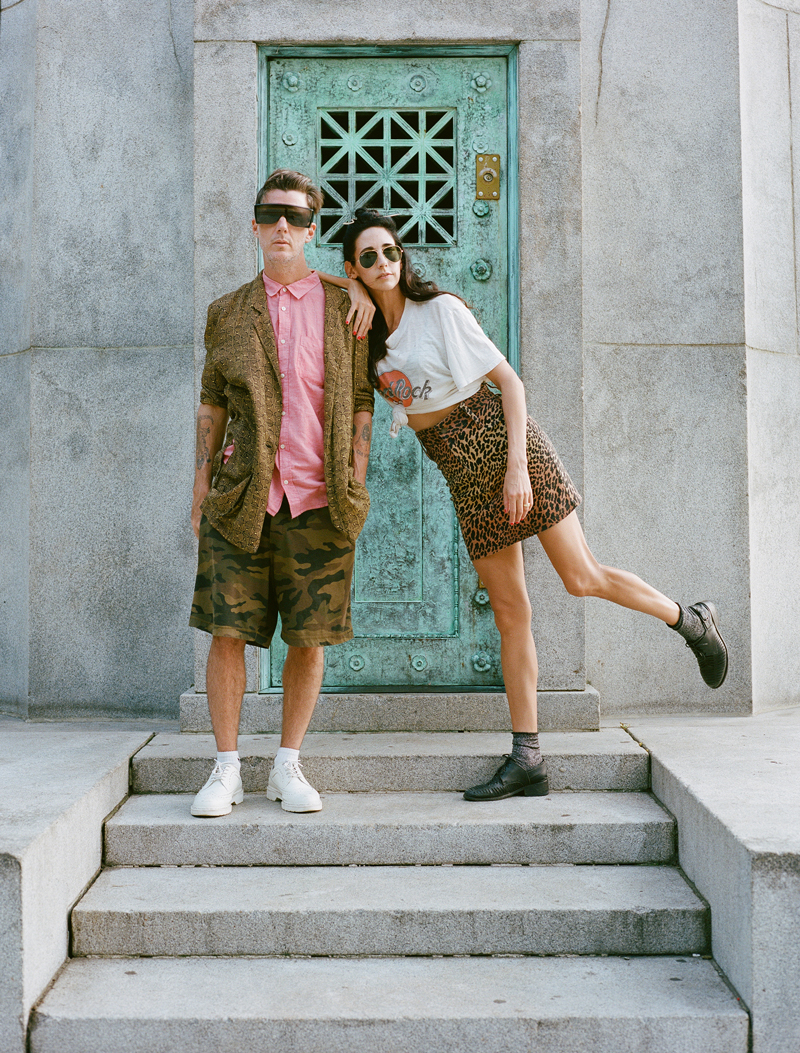 Initially he would send a drum beat and I would play bass, and then I’d send it back to him, so we started it that way. -Hart 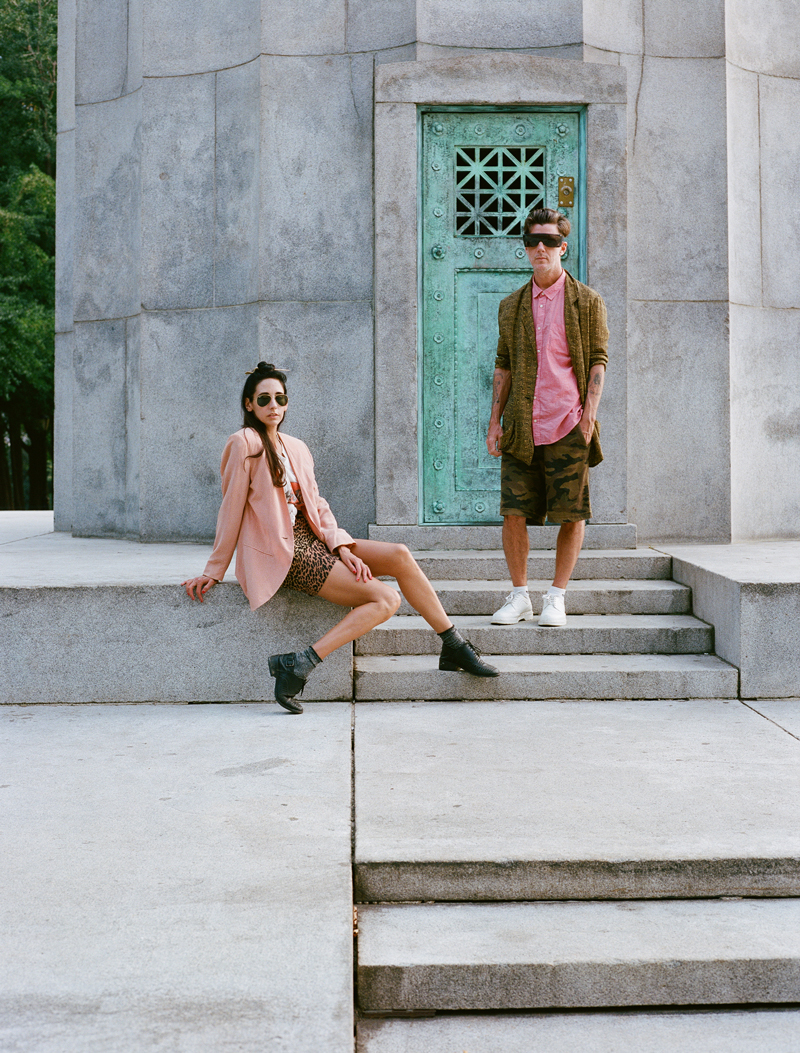 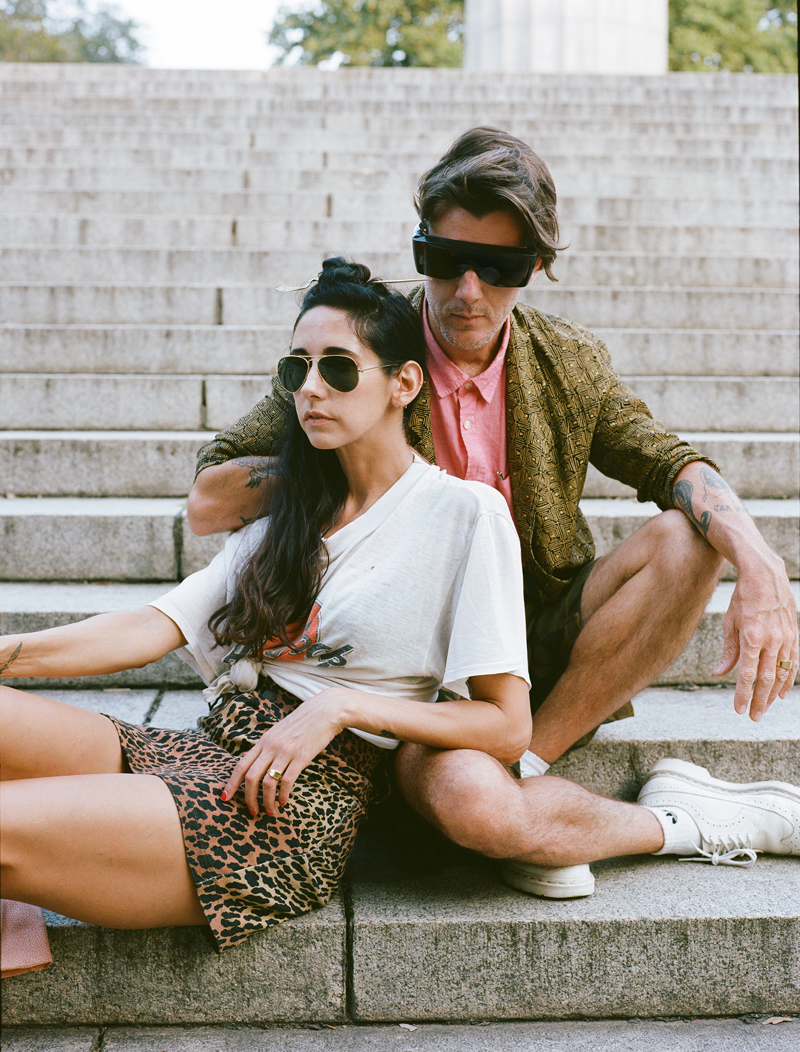 Of course there’s also a counter current to the philosophy of deliberate self-discovery; Hart points out that she “alway like doing things and releasing it. Putting out and moving on. Instead of holding up a project. Being more the mind that I’ll do it differently next time, instead of sitting on something and trying to get it to a certain point. Then you just wind up going in circles and losing track of where you were in the first place.” The synthesis of the their two approaches, much like the synthesis of their vocals and playing styles, has led to the creation of a band that perfectly realizes its own ambitions.

The band is heading out to L.A. for a mini tour in mid October, so keep a watchful eye open for a chance to see them play if you’re reading on this on the West Coast. Not only will you get to see them play, there’s a chance — if it’s ready in time — you’ll get a chance to grab some of their truly awesome, and unique, and highly un-merchy merch. 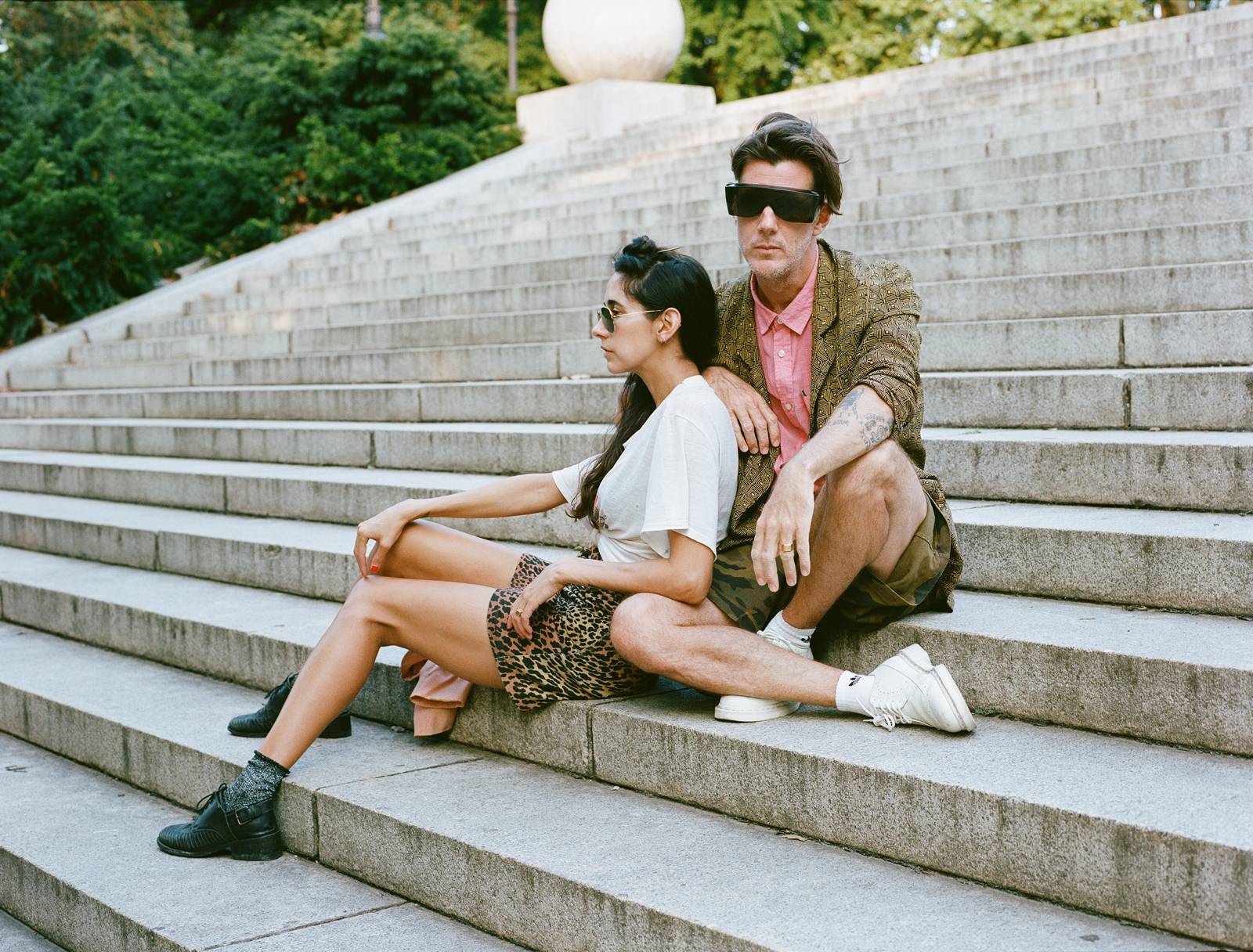 We are a really song oriented band, structure-wise, arrangement-wise. We’re not into psychedelics in that way. -Mathé 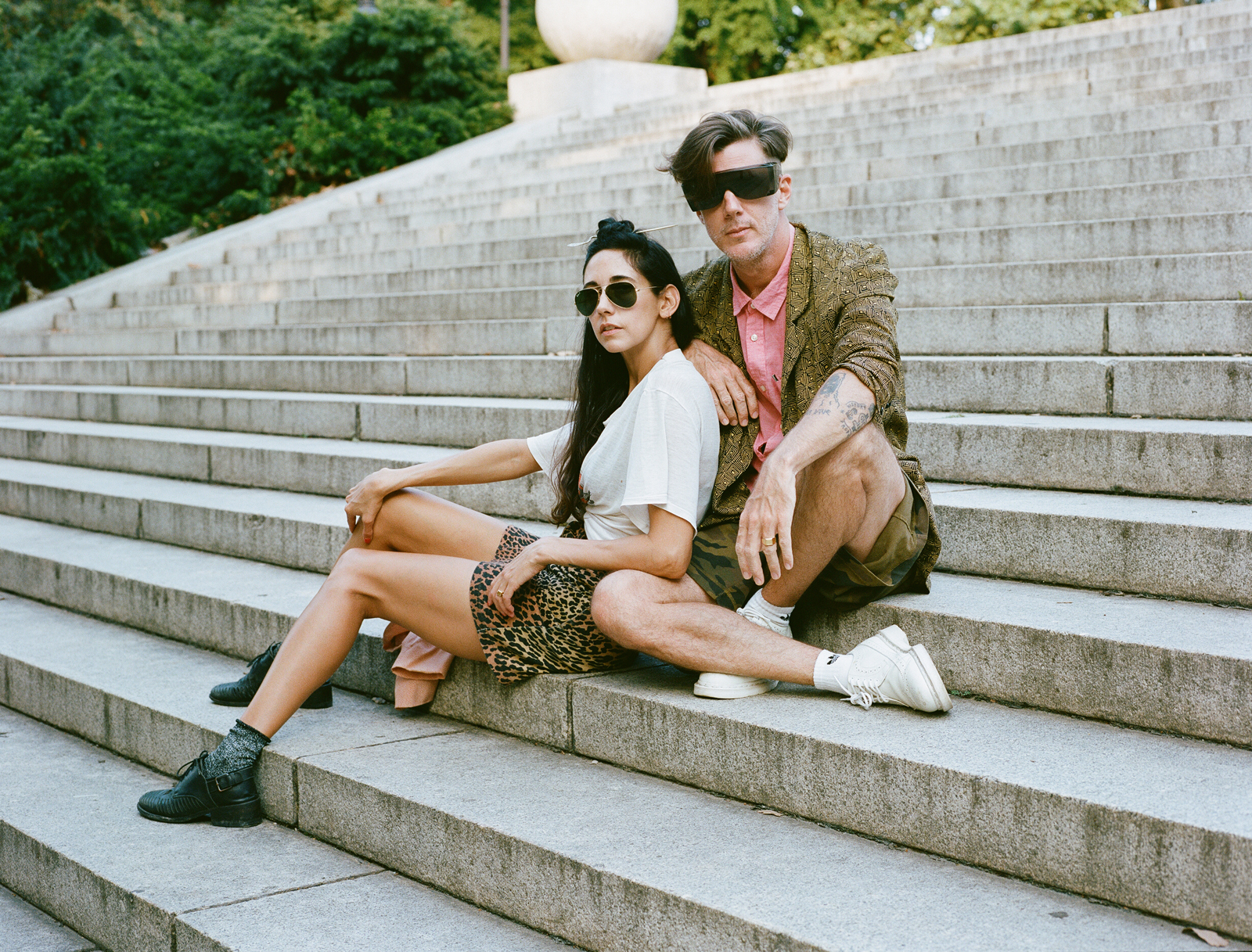